Working in foundry requires a normal physical condition. No special education or training is required, but training in the metal sector is appreciated.  The tasks will be learned during an introduction period and by doing. We also offer our employees training on work safety, first aid, fire protection, lifting and lifting tools.

Applicants are expected to have a brisk, self-imposed and firm working attitude. Experience for example in industrial, building, agricultural or forestry work is an asset.

Some typical foundry work positions are described below. 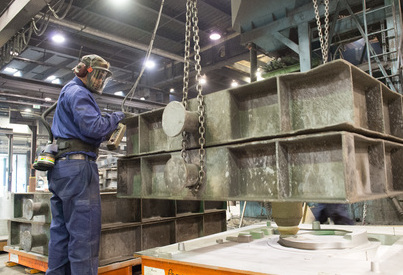 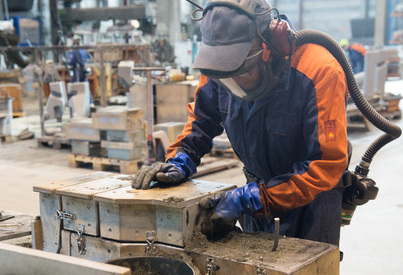 A separate loose part of a mould is called a core. A core shop worker makes a core by filling the core box with mould sand. 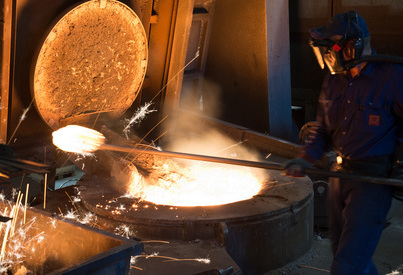 A melting shop worker melts iron of recycled steel, pig iron, recycled iron of the foundry and the additives in an electric melting furnace. 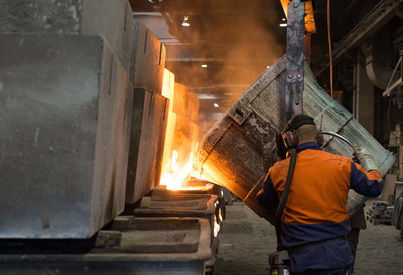 A metal pouring worker pours the molten iron into the moulds. The melt is transferred and poured from a ladle, which is moved using a bridge crane. 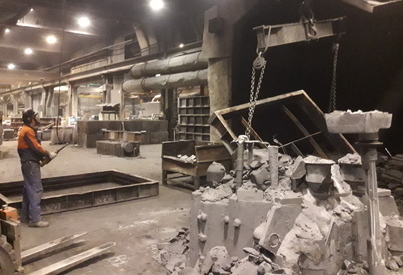 After cooling, a mould shake-out worker breaks the moulds in the shake-out machine and separates castings from the moulds. Sand burned on the surface of castings will be removed by shot blasting. 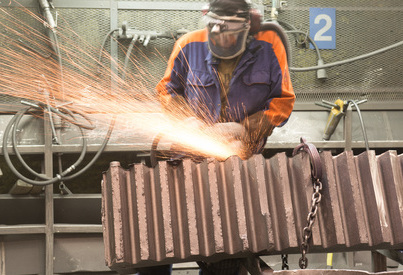 "No two days alike in a mould-maker’s work"

Mould-makers of Suomivalimo say that they enjoy their job. “A mould-maker’s job is diversified. Care and accuracy are needed, and three-dimensional perception is an advantage both in moulding and crane driving. Physically, the work is medium-heavy.”